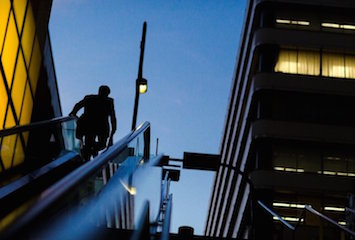 The vast majority—98%—of companies have passed their annual say on pay votes (SOP) over the past four years. Proxy advisor voting recommendations remain highly influential on these votes, and many companies, perhaps hundreds, have changed the structure of their executive pay programs to try to comply with proxy advisor policies and to obtain a “FOR” SOP vote recommendation from proxy advisors. Proxy advisors base voting recommendations on quantitative and qualitative tests that are highly tailored to their own perspective of and guidance on what comprises a successful executive pay model.1 Are these voting recommendations correlated with long-term shareholder value creation as measured by total shareholder returns (TSR)? While correlation does not prove causation, what possible explanations may explain the correlation observed in our research?

Investors and corporate executives/board members clearly have an expectation that proxy advisor intentions are to increase TSR. ISS’s Global Voting Principles state, “principles…assist institutional investors…by promoting long-term shareholder value creation…”2 Recent SEC Staff Guidance on proxy voting reaffirms that shareholder value creation must be the primary goal when providing proxy voting advice on SOP and other shareholder matters.3 “The problem is that this [proxy advisor] “guidance” on compensation… is based more on a vague sense of what ISS or Glass Lewis thinks is right rather than on increasing the value of investors’ stock.”4 It is hotly debated in boardrooms whether the proxy advisor-preferred programs and policies in fact help to increase TSR. To the contrary, many believe that some of these policies damage motivation and performance.

The impact of proxy advisor voting policies on the future performance of companies—especially TSR—is a legitimate question that is of great interest to many in the corporate world and the investor community. The academic world is researching this question as well. It is extremely difficult to isolate the impact of the proxy advisor policies because each company is unique and there are myriad variables that impact TSR. Further, there is great variation in the timing of pay changes, if any, that companies make in response to proxy advisor critique. Pay Governance’s latest original research brings some facts to the table in this hotly-disputed debate by examining the relationship between proxy advisor SOP vote recommendations and TSR.

Analyzing TSR for Companies with “AGAINST” ISS Recommendations

By comparing the 2-year (2013-2014) TSR subsequent to the publication of the ISS report for the “AGAINST” sample and the control group, we are able to determine how the ISS-influenced companies performed relative to other equally low performing companies without ISS challenges. This approach allows us to explore how the market perceives ISS recommendations and changes that are driven by ISS policies. The table on the following page presents the results of our analysis. We also present statistics for the total sample (row D) and all 1,128 companies receiving a “FOR” SOP recommendation from ISS in 2013 (row C) for reference.

While there is some regression to the median, the results also show a significant TSR differential in the 2-year period subsequent to the ISS report (2013-2014). The “AGAINST” group’s subsequent median TSR (row A) was 10.3 percentage points below the control group (row B) with the same initial 3-year TSR. This differential is statistically significant. This finding shows that receiving an “AGAINST” recommendation from ISS is correlated with lower subsequent TSR performance, but such correlation does not prove causality nor the mechanism underlying any causality. Our findings are consistent with prior Pay Governance research on failed SOP votes that found no positive relationship between negative SOP outcomes and increased TSR.8

There are different types of companies in this “AGAINST” group. The circumstances for each, including the timing, disclosure and type of pay changes, could yield a different outcome for subsequent TSR. Thus we are not able to discern definitively the causal mechanism leading to this significant gap in subsequent TSR performance between “AGAINST” and “FOR” companies, but possible alternative explanations include the following:

Companies that receive an “AGAINST” recommendation typically make significant proxy advisor-preferred changes to their pay programs reluctantly and under pressure in the following year. These changes could be harmful to motivation, and thus TSR. Our consulting experience supports this explanation for some companies given a number of plan design features that directors and executives view differently from proxy advisors. For example, many companies would use one-time stock grants and larger amounts of stock options for some circumstances, but some proxy advisors make it challenging to use either. Additionally, proxy advisor ISS’s preference for performance share plans which use relative TSR may not be ideal for some companies. This theory is supported by separate Pay Governance research on Pay Energy©.9

Theory 2: The proxy advisor’s AGAINST recommendation serves as a market signal

Supplemental analysis shows that the majority of the negative TSR differential occurred in 2013, with a minor rebound in 2014. Thus, the ISS “AGAINST” may have negatively impacted the TSR for the sample companies in 2013 (via theories 2 or 3), but those companies had a stock price rebound in 2014. Reasons for such a rebound could include: recovery from any stigma of the 2013 ISS “AGAINST” recommendation, implementing and disclosing pay program changes, engaging with shareholders, and regression to the median.

Theory 5: The subsequent TSR period is too short to be conclusive, or there is no causality between the ISS recommendation and subsequent TSR

The two-year subsequent TSR period may be too short for any changes in pay programs to show improvement or degradation in performance. Additionally, there may be no causal relationship between the proxy advisor recommendation and the subsequent TSR despite the documented correlation.

Recent Stanford10 research found negative returns for companies disclosing pay practice changes that conform to proxy advisor-preferred executive pay practices in advance of a SOP vote. Consistent with our finding that proxy advisor “AGAINST” vote recommendations are impactful on TSR over the subsequent 2-year period, the Stanford research finds that investors responded adversely immediately upon the public disclosure of proxy advisor-influenced executive compensation program changes. Another study by Ertimur et al. found no positive or negative market reaction to disclosed pay changes that were consistent with proxy advisor-preferred pay practices, and concludes that the economic role of proxy advisors is to gather information for investors, “rather than identifying and promoting superior compensation practices.”11

These studies, and our own results above, show that revising pay programs to align with proxy advisors’ preferences may not be the best corporate strategy to create shareholder value.

Our research suggests that proxy advisor “AGAINST” recommendations on the advisory SOP vote impact more than governance or reputation; “AGAINST” recommendations are associated with lower TSR for the subsequent 2-year period. Further, academic research finds no positive stock market reactions to the disclosure of pay program changes that are consistent with proxy advisors’ stated pay practice preferences. The concurrence of these findings exemplifies the inherent challenge for compensation committees in managing proxy advisor SOP vote recommendations. Specifically:

2) However, investors may not react positively (via share price) to pay program changes that aim to conform to proxy advisors’ stated preferences.

3) As a result, compensation committees are challenged with balancing the tension between attempting to prevent an “AGAINST” SOP recommendation and incenting the creation of shareholder value through the executive compensation package.

Compensation Committees should simulate their quantitative and qualitative proxy advisor tests in order to develop optimal solutions to this “tension.” By simulating both quantitative and qualitative tests, Compensation Committees may be able to garner a “FOR” SOP vote recommendation from proxy advisors while also preserving those pay program designs that drive company TSR.

1 Proxy advisors survey various constituencies, especially institutional investors, to determine the pay structures that it believes will drive superior performance, especially TSR. Nevertheless, some of these policies are not consistent with what other shareholders believe will improve performance.

3 US Chamber of Commerce.  “Public Company Initiatives in Response to the SEC’s Staff Guidance on Proxy Advisory Firms.  http://www.centerforcapitalmarkets.com/wp-content/uploads/2015/01/021874_ProxyAdvisory_final.pdf.

6 A subset of the lowest performing companies among the 1,128 companies that received a FOR SOP vote recommendation from ISS in 2013.

7 We created the matched sample to control for “regression to the mean/median” in stock price. This is a well-known stock market theory created by Jeremy Siegel where, over time, there is a tendency for lower return stocks to outperform and higher return stocks to underperform.