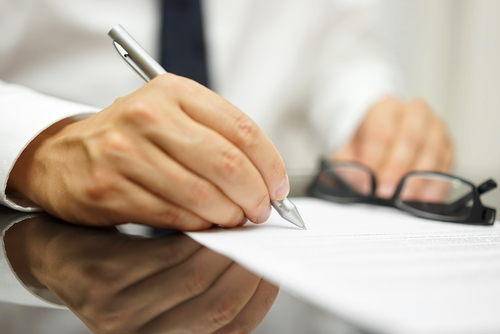 The California Public Employees' Retirement System (CalPERS) is the largest public pension fund in the U.S., managing pension and health benefit plans for California state, school, and public agency employees and retirees. As of 2019, CalPERS reports the Public Employee Retirement Fund having more than $390 billion in assets under management and more than 2 million members in its retirement system. As an investor in more than 11,000 global companies, CalPERS casts thousands of proxy votes each year, including the advisory Say-on-Pay vote for its portfolio companies. [1]

Last year, CalPERS captured considerable attention from the investor community when it announced that it cast “against” votes at 43% of its portfolio companies in its Say-on-Pay voting during the 2018 proxy season. However, CalPERS just announced it exceeded its 2018 negative vote record in 2018: during the 2019 proxy season, CalPERS voted against 53% of portfolio companies’ compensation plans.[1]

During the 2017 proxy season, CalPERS identified corporate executive compensation as an area of investor concern. CalPERS had previously determined Say-on-Pay votes with a 3-year pay-for-performance model and an analysis of selected qualitative factors. In 2018, CalPERS conducted research into the subject of executive pay with a literature review of academic and practitioner research studies as well as direct discussions with global asset managers, proxy advisory firms, and compensation consultants. That same year, CalPERS announced a significant change to their analytical framework, extending their model from 3 years to 5 in order to capture a longer period of sustained performance for assessing pay-for-performance alignment.

In September 2019, CalPERS announced its proprietary 5-year pay for performance model (adopted March 2019) and its proprietary CalPERS Pay for Performance (P4P) Scorecard (adopted August 2019). In announcing this new and comprehensive framework, CalPERS stated that its compensation program assessment would encompass the proprietary 5-year quantitative P4P Scorecard plus a second test of a qualitative analysis of compensation plan design, structure, and practice. The new analysis framework is designed to meet the following objectives:

CalPERS is working with compensation database firm Equilar to execute this new P4P Scorecard. Included in the new Scorecard is a 5-year CEO “realizable pay” analysis as well as a commensurate 5-year total shareholder return analysis. Realizable pay is an estimate of what the CEO could potentially earn; it calculates the value the CEO could have earned based upon an analysis of grant date pay for each of the past 5 fiscal years compared to the mark-to-market 5th year measurement date on a cumulative basis. Total shareholder return over 5 years represents the actual gains realized by shareholders, including the change in share price and the value of dividends paid.

In addition to its P4P Scorecard, CalPERS will perform a qualitative assessment of a company’s executive compensation plans. In this regard, CalPERS reviews pay policies similar to advisors Institutional Shareholder Services and Glass Lewis in determining whether such policies are in the best long-term interests of shareholders. CalPERS states it may vote against a company compensation plan if one or more of the following pay features are uncovered:

In a recent press release by Equilar, CalPERS Investment Director and Head of Corporate Governance Simiso Nzima, made the following statement: “We have no problem with company executives being paid well if investors are also paid well at the same time. What we are against is value accruing to executives while no value accrues to investors over the long term. If we find that the only value being generated over the five-year period is for executives, we will vote against both the compensation plan and compensation committee members.” [3]

The negative voting record of CalPERS is unprecedented. Institutional Shareholder Services has granted negative advisory votes to approximately 13% of the Russell 3000 per year for each of the last 5 years. Less than 2% of the Russell 3000 have failed the annual Say-on-Pay advisory vote in recent years. Shareholders have regularly supported Say-on-Pay with approval votes of greater than 90% consistently year over year since Say-on-Pay was initiated 9 years ago. In contrast, CalPERS gave negative Say-on-Pay advisory votes to 53% of its portfolio companies in 2019.

One of the more perplexing issues of the CalPERS methodology is its adoption of yet another proprietary pay for performance model. This further complicates the landscape for public companies in evaluating advisor or shareholder proxy voting standards. This quantitative model, which includes a 5-year time reference, is a new tool independently developed for CalPERS’s proprietary use in deciding Say-on-Pay advisory votes. Public companies are already subject to the quantitative analysis and modeling conducted by proxy advisors Institutional Shareholder Services and Glass Lewis as well as investment firm Northern Trust. These firms each use their own proprietary algorithms to ascertain pay for performance outcomes. Recently, Glass Lewis announced it is updating its analytics in delivering Say-on-Pay votes, and Institutional Shareholder Services has announced it is studying how to incorporate an economic value added analysis into its pay for performance modeling.

The net of all this quantitative testing and modeling is that U.S. companies face even greater uncertainty and hurdles in passing the Say-on-Pay voting process. Currently, there are 2 proxy advisory firms and 2 institutional investors with their own internally developed financial models and metrics for evaluating pay for performance. Each model is different in material respects, including different performance measures, measurement periods, and scoring analytics. From the perspective of the company, the attempt to align executive pay with company performance seems to be an ever-shifting goalpost.

General questions about this Viewpoint can be directed to John Ellerman at john.ellerman@paygovernance.com .