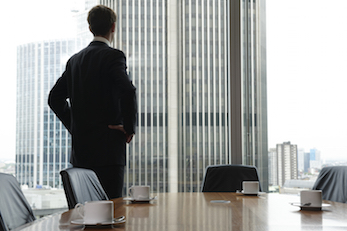 In the Dodd-Frank Act legislation after the 2008 Financial Crisis, the inclusion of shareholder SOP voting was driven by bipartisan Congressional support to “control executive compensation…” at corporations. In 2009, a former SEC chief accountant said, “Executive compensation at this point in time has gotten woefully out of hand... The time to adopt 'say on pay' type legislation is certainly past due.”1  Politicians, regulators, and some institutional shareholders clearly thought that, “The impetus for passage of Dodd-Frank's say-on-pay requirement in 2011 focused on remedying ‘excessive’ CEO pay.”2

Some of the original economic, governance, and social objectives of this legislation are certainly debatable. However, the proponents clearly intended to reduce CEO pay levels.

After 5 years of SOP votes, it is now possible to review the pre- and post-SOP statistical impact on CEO compensation. With sufficient historical data post-SOP, we answer 2 fundamental questions regarding this legislation’s consequences:

2) Does the CEO labor market structure have a more compressed compensation range post-SOP?3

SOP implementation increased proxy advisors’ governance impact. These quasi-regulatory bodies have influenced qualitative changes to executive compensation program design over the past 6 years: an increased weight of performance-based stock awards, the use of TSR as a performance metric, the virtual elimination of excise-tax gross-ups on CIC severance, and the increased prevalence of stock ownership guidelines, among others.

However, this viewpoint addresses the most quantifiable potential impact: SOP’s effect on CEO pay opportunity structure and amounts. Our research found that median CEO pay has continued to rise post-SOP. While this continued increase was disappointing to the architect and other advocates of SOP4, this was not surprising to corporate directors, executives, and most institutional investors. It is arguably another example of the CEO labor market’s relative competitiveness. Shareholders at a clear majority of companies endorse the labor market: of the >14,000 SOP votes Pay Governance has tracked for major US companies (the Russell 3000) over the past 6 years, only 2.1% failed.

In order to answer the questions above, we assessed CEO pay level trends before and after SOP. Pay Governance assembled a multi-year database of 222 S&P 500 companies for the fiscal years 2008-2015 (3 years of data pre-SOP [first vote in 2011] and 4 years of data post-SOP)5. We focus our analysis on CEO target total direct compensation because total CEO pay (as disclosed in the proxy) has been — and remains — the primary emphasis of SOP, proxy advisory firms, shareholders, and the media. Our analysis of this large, multi-year data set (summarized below) provides factual data on the recent CEO pay level history, from which we draw conclusions about SOP’s role and influence on the CEO pay market.

Amidst the economic/stock market recovery and many other concurrent governance changes, SOP represented a single — but potentially dominant — corporate governance impact on CEO pay levels. While our findings provide insight into the broad pre- and post-SOP CEO pay market, they cannot isolate the specific impact of SOP. Thus, our summary findings represent a broad historical perspective on CEO pay from 2008-2015, split by the dominant corporate governance shift in 2011: SOP. We then interpret the impact and role that SOP may have had on these findings.

While some commentators may have expected SOP to decrease or flatten median CEO pay among S&P 500 companies, this was not the case. It is not possible to prove that SOP caused the continued increase over the reviewed period or that CEO pay would have increased further had SOP not been in place. However, the continued upward trend in median CEO pay post-SOP occurred simultaneously with high levels of shareholder support for executive pay programs (average SOP support: >90%). The combination of these 2 phenomena suggests that SOP may have bolstered the executive pay model by documenting broad, transparent shareholder endorsement.

For most companies, TSR post-SOP is significantly above TSR pre-SOP, with a median of 15.3% versus 1.2% on an annualized basis. This higher overall median TSR post-SOP may have provided support for Compensation Committees’ increasing CEO pay levels at most companies based on proxy advisor and institutional investor comparisons of CEO pay and TSR. Nevertheless, it appears that TSR was not a significant factor in the size of individual company CEO pay increases post-SOP. For example, we found that companies in the 90th percentile (which effectively had flat CEO pay post-SOP) had approximately the same TSR as companies in the 10th percentile (which experienced major increases in pay post-SOP). This, as well as the observation that company size measured using revenue scope and market cap were the most significant differentiators of CEO pay levels both pre- and post-SOP, are shown in Appendix 2.

Based on the time period reviewed (2008-2015 in Table 2 below), low single-digit pay increases at the median appear to be lower post-SOP than pre-SOP. However, CEO pay decreased in 2008-2009 during the financial crisis6 and was reduced dramatically in 2001 when the Tech Bubble burst. These decreases indicate that companies did adjust CEO pay — both up and down — based on company, stock market, CEO labor market, and overall economic events before the regulatory pressure of SOP. We will continue to monitor this issue.

While the trend in median S&P 500 CEO pay levels is clearly up, how did SOP affect the range of CEO pay within the S&P 500? To answer this question, we looked at the compression of CEO pay, measured by comparing the ratio between the 90th and 10th percentiles of the sample for the years pre- and post-SOP. Table 3 below demonstrates that CEO pay was more concentrated in the years after SOP: the ratio between the 90th and 10th percentiles decreased from 447% pre-SOP to 297% post-SOP. This indicates that the lowest-paid CEOs received large pay increases post-SOP and the highest-paid CEOs received effectively zero increases. Thus, while CEO pay increased at the median post-SOP, the extremes of the sample moved closer together after SOP implementation. This is consistent with our consulting experience with very large and often very successful companies. While some advocates may attribute this finding as a SOP success, it may also indicate restricted executive motivation and corporate performance.

Based on our consulting experience, there may be many reasons for this compression:

- However, companies below the median of the S&P 500 sample — especially the 10th percentile — experienced relatively large pay increases. This could be because they had a wider selection of industry peers and could benchmark CEO pay to the median of an appropriately-sized industry peer group, which may have been higher than their current CEO pay level.

The data reviewed in this viewpoint provide useful context for the post-SOP CEO pay environment. We found that CEO pay continued to increase after SOP — possibly at a slower rate than historical CEO pay increases — and that CEO pay distribution was narrower after SOP than it was before shareholder voting on executive compensation was implemented.

These findings are generally consistent with our intuitive understanding of the CEO pay market post-SOP. SOP implementation as well as the increased attention by shareholders and proxy advisors on the highest-paid S&P 500 CEOs may have continued a moderating effect on the 90th percentile of the S&P 500 CEO pay market. In contrast, the rest of the CEO pay distribution experienced ongoing pay increases as companies in the lower 3 quartiles increased pay to compete for top corporate management talent.

For all companies, but particularly those companies with CEO pay opportunity levels at the higher end of the S&P 500, continued monitoring of the pay market remains important. To the extent that SOP may have constrained the market for CEO talent of these highest-paying companies, the focus will continue to be on strategically and creatively using executive compensation in order to balance the tension: motivating executive talent while maintaining strong P4P linkage and corporate governance standards.

1.  Lynn Turner. As cited in: Lisa Zagaroli. “Will financial crisis give shareholders a say in exec pay?” McClatchy. January 8, 2009. http://www.mcclatchydc.com/news/article24522490.html.

3. We define CEO pay compression as the convergence of CEO pay distribution. In this paper, we measure compression by comparing ratio changes between research sample’s 90th and 10th percentiles.

5. Our sample was limited to 222 companies to ensure data continuity for all sample companies across several consolidated databases. Data were provided using Equilar

7. We define CEO pay compression as convergence in CEO pay distribution. In this paper, we measure compression by comparing ratio changes between the 90th and 10th percentiles of the research sample.