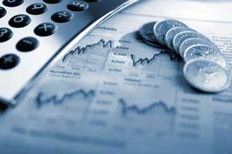 Compensation Committees face the challenge of balancing the tension in motivating their executives to create shareholder value in the current Say on Pay and economic environment. The current pullback in stock prices and the uncertain financial outlook for 2016 at many companies will make this year’s compensation decisions even more challenging. Stock prices at many companies and in many sectors are down 50% or more over the past year and, in particular, since equity awards were last granted to executives. The table below illustrates the effect of a significantly low stock price on the number of shares granted. For companies whose stock price is down 50%, the number of shares required to deliver equivalent value will be double that granted last year. For those companies whose share price is down 67% or 75%, share grants will need to be three or four times greater than the shares granted last year, respectively. This can pose a number of problems ranging from creating potential windfalls when share prices recover to previous levels to exceeding maximum share grant levels contained in a shareholder approved equity incentive plan.

This situation is impacting more and more companies as the stock market has opened 2016 on a down note. The question becomes, “what to do?” This Viewpoint will provide different perspectives on how to consider this issue.

There are a number of other factors that Compensation Committee’s should consider when addressing this issue.

For those Committees who believe that appropriate action is warranted, there are a number of ways to adjust either the long-term incentive dollar value or the number of shares to be granted during this unusual period.

Chances are high that shareholders are not happy when the value of their investment has decreased significantly. Some may have sold their position as the stock price declined but others, such as index funds, sector funds, or long-term investors, are likely positioned at a significant loss. With the power to vote against a variety of shareholder proposals (e.g., Say on Pay, equity compensation plan share requests, director re-election, etc.), Compensation Committees should be sensitive to investor concerns and the optics and perceptions of granting executives two, three, or even four times the number of shares granted in the previous year to deliver equivalent value.

That said, Committees also need to ensure they employ the best available talent and that incentive plans support the objectives of attraction and retention, and are motivational for the executive team to develop future strategies and to achieve company goals. Retention will always be an issue, but Committees should take the extra step in understanding the depth and quality of succession candidates (“ready now”), the unique skill sets or qualifications particular to the business, and the availability of replacement talent. Companies should model the value of the larger share grants based on the previous year’s share price and the share price potential three to five years in the future. In general, grants made at such a low share price have the potential to hold significant value for returning the stock price to the previous year’s level (see table on the next page). Plan design can also make a difference. Stock options are highly leveraged and, in this instance, should yield significant value. However, performance plans that have the potential to pay out double the shares for maximum level performance and be valued at a potentially higher stock price at the end of the performance period may end up being as highly leveraged as a stock option. Modeling out the potential value of these awards, granted at double or more the previous year’s share grant, at target and maximum payout levels may result in value that could be deemed as “too much” or as a “windfall” by investors.

Compensation Committees need to be aware of potential pitfalls when making share grants in a low stock price environment. A grant made at two or three times the previous year’s shares that has the potential to double shares based on maximum performance may very well exceed the maximum share limit of a company’s equity compensation plan. The maximum share limit may be buried in an equity plan that has not been reviewed in three or four years and grant agreements may not be flexible enough to provide the Committee the ability to pay all, or part of, an award in stock or cash. Also, the significant increase in the number of shares for all plan participants has the potential to consume two or even three years’ worth of share reserve requiring companies to seek a replenishment from shareholders much sooner than had been anticipated. Further, the accelerated timing of the share request may come at a time when the stock price is still low, potentially resulting in a more contentious shareholder proposal. The larger share grants also have the potential to significantly increase the percentage of shares granted to employees relative to total shares outstanding, also known as “burn rate”. Some investors maintain specific burn rate levels that influence their Say on Pay voting. Proxy advisors consider a company’s average burn rate when issuing voting recommendations on equity plan proposals.

While both ISS and Glass Lewis consider the facts and circumstances at each company when making their Say on Pay vote recommendations, we have seen instances where the basis for an “Against” vote recommendation is the large increase in the number of shares granted as a result of a low stock price. Given the confidentiality of their reports, we are unable to provide named examples. ISS has cited this situation as a “pay for performance disconnect” outside of its quantitative tests. As always, companies should be aware of the potential implications of each proxy advisor and give particular attention to the disclosure of these awards in the proxy statement CD&A.

Some Compensation Committees may have a strong rationale for maintaining long-term incentive grant dollar values at previous year levels based on the facts and circumstances at their company. In these instances, dividing the desired long-term incentive value by the current stock price or the average stock price over a short time-frame (i.e., 30 days) will yield the appropriate number of shares to grant. However, for those who believe the significant increase in share grants could cause angst with shareholders or that such grants may not be in the best interest of the company based on the issues mentioned above, we have identified a number of alternatives for addressing this issue:

Careful consideration of the facts and circumstances identified above should provide a level of clarity to this issue of how to determine the appropriate dollar value or number of shares to grant in a low stock price environment. All of the above alternatives will result in a lower long-term incentive dollar value delivered to executives and will result in more shares granted than the previous year, unless granting at the previous year’s level were selected. It will be critical to understand the potential gain of the proposed share grants and whether such grants are acceptable within the construct of incentive award documents. Understanding the balance between motivating and retaining the management team and the perception of shares granted by shareholders should guide Compensation Committees to the appropriate solution specific to their company.