Board of Directors Compensation: Past, Present and Future 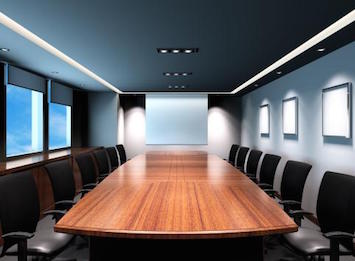 There has been a massive shift in how outside Board Directors have been paid over the past 20 years. This has largely been fueled by changes in corporate governance practices over time. Overall, the shift has been away from paying Directors like executives and towards paying outside experts for their time and contributions during their term of service.

Twenty years ago, the Director pay model at a large corporation often had the following features:

Although some changes were caused by market conditions, we believe most of the changes to Board pay over the past 2 decades were driven by the following 6 governance-oriented drivers:1

1.1996 NACD Blue Ribbon Commission Report on Director Professionalism — This was a very influential report covering recommended roles and responsibilities of the Board. It included strong recommendations to pay Directors via cash and equity and to dismantle Director pension and benefits programs because they created too much alignment with the existing senior management team. It was also an early proponent of having an independent Director in charge of certain Board activities, eventually leading to the rise in prevalence of Lead Director roles.

Within a few years of its publication, most major companies had eliminated/frozen Director pensions and significantly reduced Director benefits, putting more emphasis into equity-based compensation.

2. Sarbanes Oxley (SOX) — SOX, effective in 2002, came out on the heels of the Enron scandal and multiple stock option “back-dating” scandals. It reframed the Board’s responsibilities and included an expanded role for its Audit Committee.

SOX influenced several changes. It led to an understanding that the Director role would be more time consuming and subject to more scrutiny, which led to higher Director pay to recognize expanded time requirements. It caused more differentiation in pay by Committee, with premiums paid to the Audit Committee members and Chairs, who had expanded duties under SOX. Following SOX, and the various scandals that led to it, the majority of companies shifted from using stock options to using full value shares for Director equity grants.

3. Elimination of Staggered Board Elections — In the past, the majority of companies had staggered Board elections: 60% as of 2002, according to one study. A typical staggered term structure had 3-year terms for each Director, with about one-third of Directors up for election annually. There were several reasons for the popularity of staggered terms, including a desire to increase stability and have a form of takeover defense in place. Shareholders and governance organizations engaged in a multi-year campaign for annual elections, which allowed shareholders to vote on the full slate of Directors every year. The vast majority of companies now have annual elections for the full Board: less than one-third of the S&P 500 companies still have staggered Boards today.1

4. Recent Focus on Board Replenishment — Especially in the past 5 years, there has been increasing shareholder and governance organization focus on Board replenishment with the idea that more frequent Director changeovers could promote enhanced diversity, add new ideas and specialties, and potentially benefit Director independence.

This is another factor leading to shorter vesting schedules for equity awards, eliminating any economic obstacles to Director retirement. It has also led to the heightened importance of ensuring that competitive packages assist in recruiting highly-qualified candidates.

5. Separation of CEO and Board Chair — Over the past 20 years, corporate governance organizations and some shareholder activists have pushed for the separation of the Chair and the CEO roles. In the past, most U.S. companies had CEOs in both roles; this is different from typical practice in other countries such as the U.K., where the roles are separate. There has been a significant uptick in separate Chairs recently (44% of the S&P 500, up from 21% in 2001).2 While many companies have not separated the 2 functions, there has been a rise in the independent Lead Director role to ensure that certain Board activities are handled by an outside Board member rather than the CEO in those cases.

Lead Directors and Non-Executive Chairs have become much more common, and companies have developed additional retainers to compensate for these roles.

6. Dodd-Frank Regulation — One of the early regulations implemented under Dodd-Frank was to have an advisory SOP vote by shareholders so they could voice their support (or lack thereof) of executive compensation programs. The first votes took place in 2011.

How These Governance Shifts Translated to the Board Pay Model

The governance shifts described above have led to major changes in the size and design of Director pay:

To illustrate the type and extent of the changes between 1995 and 2015, 2 specific company examples are provided in the Appendix.

The most common pay elements at S&P 500 companies currently are:

Within the S&P 500, some companies pay non-Chair Committee members a retainer; a minority still pay meeting fees. Director stock ownership guidelines are common, as are voluntary deferred compensation programs to defer into cash or stock. Perquisites are relatively limited but still in use. The following table presents 2015 prevalence statistics and median pay amounts for S&P 500 companies3:

Director pay levels tend to be very closely clustered together, unlike the wider distribution of executive pay. For example, the 25th percentile of total compensation for the S&P 500 sample is $230,000, and the 75th percentile is $295,000 compared to a median of $260,000. This means the vast majority of S&P 500 companies pay Directors within $35,000 of the median (a relatively narrow range of ±15%). Because Director pay data is so tightly clustered, it is useful to consider dollar variance values from the median — not just percentile ranking — when considering pay competitiveness.

Although much of Board pay is very homogenous across companies, there are some design questions which arise and should be addressed when reviewing the design of a company’s Board pay package.

How should non-Chair Committee service be recognized?

This is another area which is complicated by the elimination of meeting fees. What do you do if, due to some unforeseen circumstance such as an acquisition or crisis, a Committee has an unusual high number of meetings in a given year? When the number of meetings rises above 20 for the year, the regular Director package may be insufficient for the vastly-expanded time demands. One way to handle this situation is to create a special retainer, but these can be difficult to explain. Further, it can be hard to establish a clear standard for when the company will or will not pay a special retainer. A potentially simple approach would be to establish a Committee retainer, which covers up to a specific number of meetings (perhaps 10) in a given calendar year. If there are more meetings than that, the company begins to pay a per-meeting fee. It is better to decide in advance how best to deal with a high volume of Committee meetings rather than trying to design a stop-gap in the middle of a challenging Committee year.

How to offer deferred compensation

Many companies, especially those in the S&P 500, allow Directors to defer cash retainers; many also grant deferred stock units, which Directors receive after they leave the Board. While both practices are competitive and can be an attractive part of the package to Directors, it is important for company management to consider how many deferral choices can be reasonably administered. Should Directors get the entire deferred amount in a lump sum the year they leave the Board? Can Directors elect to take deferred balances in installments over 5 or 10 years? More choice is attractive for Directors, but it is important to consider how much the company can affordably administer. This issue is particularly true for small- and mid-cap companies with leaner in-house resources.

Another item related to deferred compensation is mandatory equity deferral programs, where equity awards are automatically deferred until Directors leave the Board. This type of design can be very beneficial, and it eliminates potential concerns over Director insiders selling stock to cover tax costs while on the Board. However, there can be very large differences in age and wealth across a group of Directors: large mandatory deferrals may be attractive for some and less attractive to others. It is important to make sure all Directors understand the economics and ramifications of mandatory deferrals and agree on the design before implementation, since it is almost impossible to change the deferrals once they are in place.

A recent litigation decision has further reinforced the importance of having a clear process for making Director pay decisions — including having specific Director equity grant limits— in place to reduce exposure to lawsuits on Director pay. This topic garnered much attention after a recent Delaware Chancery Court ruling (Calma vs Templeton): the Court refused to apply the business judgment rule to dismiss claims against Directors who received large restricted stock awards.

- having a standalone Director Equity Plan rather than combining it with the Executive Plan;

- considering cash (or total) compensation limits, even though the focus of the lawsuit was on equity awards;

- ensuring that an appropriate and robust process is in place for determining Director pay competitiveness; and

- providing expanded disclosure of the pay-setting process in the annual proxy.

Predictions for the Future

While always difficult to predict, we offer these thoughts on areas which may see more attention in the next 10 years: