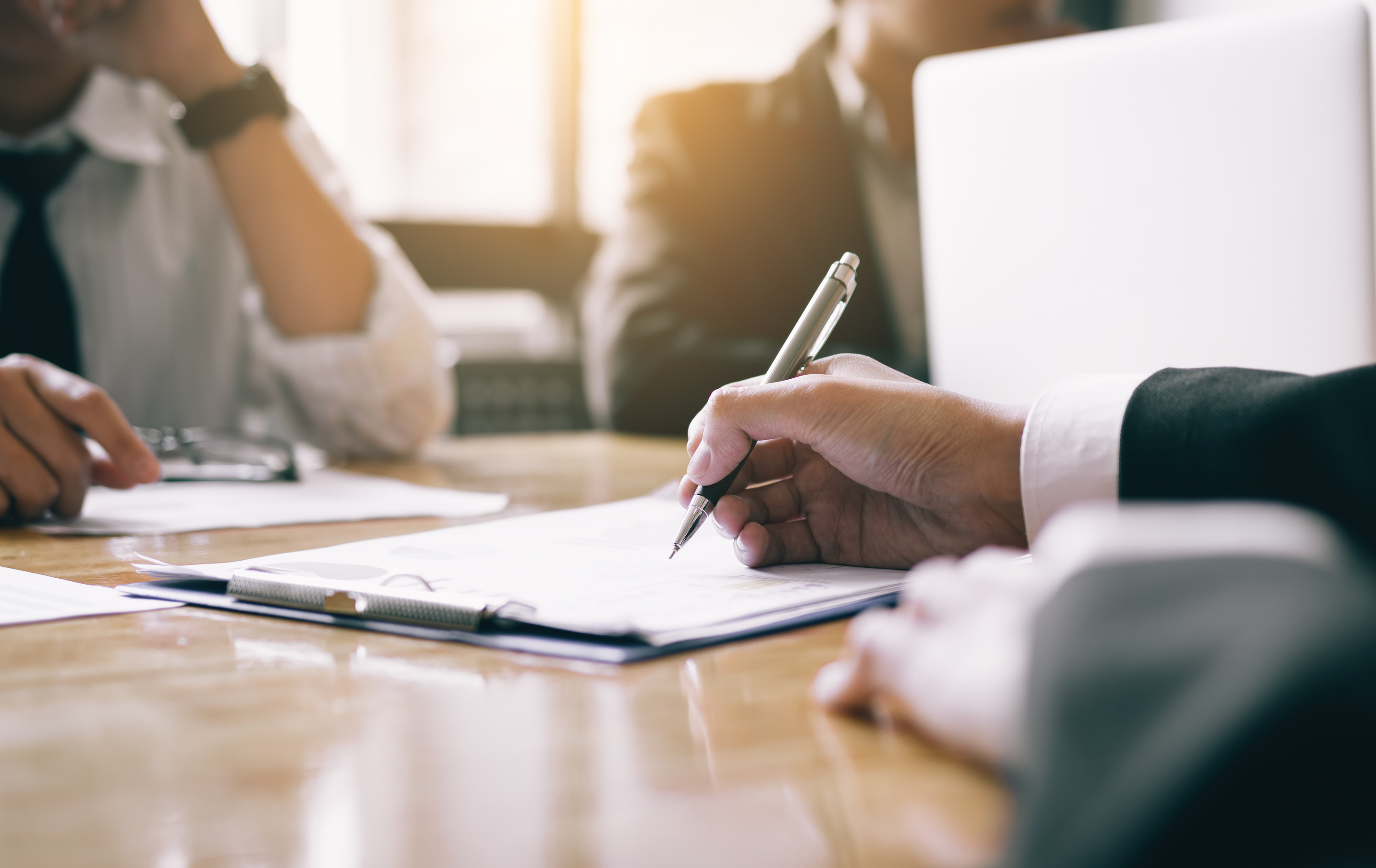 • Simplification of incentive compensation plans, eliminating complexity and eliminating the use of metrics that are not reconciled to GAAP.

• Adoption of time-lapse restricted stock with a 10-year vesting term as well as extending vesting into the executive’s retirement period.

• Selection of simpler approaches to long-term equity incentives because of the complexity of valuation of certain equity vehicles.

The Council of Institutional Investors (CII) provides corporate governance information to a membership of 135 asset owners including public pension funds, labor retirement funds, endowments, and corporate retirement funds with more than $4 trillion in assets under management. On September 17, 2019, CII released its latest update on executive compensation policy. The CII position paper makes numerous statements about their preferences and opinions regarding various elements of executive pay. In this Viewpoint, Pay Governance highlights CII’s expressed opinions on pay for performance issues. We have also provided corresponding comments regarding certain CII policy statements.  [1]

The CII policy paper and guidance has reference to more than 15 areas of executive compensation with their expressed opinion about preferential practices for improving executive compensation programs that will enhance shareholder value. We have captured ten of the most important of CII’s policy statements in the following paragraphs.

1. Elements of Compensation – CII acknowledges that most U.S. companies provide base salary, annual bonus, and long-term incentive compensation plan as the typical approach to executive compensation.   However, CII argues that certain companies could simplify and sharpen their compensation approach by focusing solely on base salary and a single incentive plan approach such as long-vesting restricted shares (or restricted share units). While CII states that this simplistic approach may be preferable in certain circumstances, the selection of the types and mix of compensation elements should be determined by the Compensation Committee in consideration of the company’s business strategy, focus, and business environment. ‍

Comment – Most companies are advocates of pay for performance, and the above approached described by CII could diminish the pay for performance precept with the sole use of base salary and long-term restricted shares. However, CII’s views could present a risk of oversimplification and might be interpreted to suggest that a one-size fits approach – an approach to program design with which most disagree.

2. Emphasis on Base Salary – CII discusses the merits of base salary as a fixed component of pay. CII states that it can be appropriate to emphasize fixed pay as a significant element of pay, particularly where it makes sense to dis-incentivize excessive risk taking. CII further states that fixed pay has the advantage of being easy to understand and value, for the company, the executive, and the shareholder.  CII

Comment – Base salary is universally considered to be an important element of executive compensation. Base salary is the foundation for the other elements of executive pay – incentive compensation is typically expressed as a percentage of the base salary amount, and employee benefits such as retirement plans are typically determined by direct reference to base salary as well. Nevertheless, base salary is a fixed level of compensation and void of a risk component. One can argue that base salary does have some motivational element to the executive; however, base salary fails to have the performance motivation that is inherent in annual and long-term incentive plan opportunities. Again, this argument for simplified pay approaches by CII may be short-sighted and a failure to recognize that robust, comprehensive incentive compensation plans properly designed and communicated are a competitive advantage.  Further, we do not believe that the ease of valuation methodologies to certain forms of equity incentives should not be a driving consideration for the selection of incentive vehicles.

3. Performance-Based Compensation – CII states that performance-based compensation plans (both annual and long-term incentives) may be an appropriate form of executive compensation, but there are shortcomings to such plans n many cases. It is CII’s belief that performance-based compensation plans are a major source of today’s complexity and confusion in executive pay, and that too often such plans are based on “non-GAAP” measures that are not reconciled to GAAP, that such plans may be subject to manipulation, and that substantial awards may be earned for only mediocre or average performance. CII concludes its argument with the statement that Committees should consider whether long-vesting shares or share units would better achieve the company’s long-term compensation and performance objectives versus routinely awarding a majority of executive pay in the form of performance shares.

Comment – It appears that CII is repeating the argument that simpler incentive compensation plans without expressed performance metrics are a better approach for companies to consider. We would note that institutional investors evaluate company performance using non-GAAP performance metrics like EBITDA, and there have been numerous studies which have shown that long-term EBITDA performance can strongly correlate with shareholder returns.

4. Time-Vesting Restricted Stock – It appears that CII is a proponent for time-vested restricted stock, provided that the vesting period is at least five years in length, and preferably as long as ten years. It is also CII’s view that vesting of some restricted stock should be carried over into the executive’s retirement period. CII explains that time-lapse restricted stock is a preferred approach because it is more comprehensible than performance-based equity incentives which do not require complex valuation methodologies.

Comment – Two decades ago, time-lapse restricted stock was considered by many critics to be an inappropriate form of executive compensation because it was a “giveaway” to executives, requiring only that they remained employed. As stock options came under scrutiny in the early 2000’s, this perspective evolved and restricted stock became acceptable to many former critics as a part of the long-term incentive pay package because restricted shares are less dilutive and present a moderated risk profile compared to options. Evolving market perspectives resulted in the addition of performance conditions to a majority of these restricted stock awards.  While companies continue to issue time-lapse awards, awards with performance conditions now represent the majority of long-term incentive opportunities for most executives.  We do not anticipate investors would support a lessened emphasis on performance-based equity.  Further, we do not believe that the ease of valuation methodologies to certain forms of equity incentives should not be a driving consideration for the selection of incentive vehicles.

6. Stock Ownership Guidelines – CII believes that stock ownership guidelines have numerous merits, including the alignment of executive and shareholder interests. CII recommends that the ownership guideline should apply until at least one year following the executive’s department from the company.

7. Poor Pay Practices – CII has a list of unfavorable pay practices that they consider inappropriate. Among the unfavorable pay practices cited by CII are: (1) tax gross-up payments to executives; (2) employment agreements (only to be used in limited circumstances); (3) excessive severance payments, especially severance in the event of termination for poor performance; (4) automatic accelerated vesting of equity awards upon a change in control; (5) change in control severance not subject to a double trigger requirement; and (6) change in control payments greater than 2.99 times annual base salary and annual bonus for the previous three years.

Comment – The poor practices cited by CII are very similar to the problematic pay practices listed by proxy advisors ISS and Glass Lewis. Companies have taken careful steps to avoid engaging in such practices in recent years.

Comment – It has been our experience that companies spend considerable time selecting peer companies that are engaged in the same industry sector(s); comparable in company size as measured by market capitalization, annual revenues, and other measures; and are considered to be competitors for the same types of management talent. There are no specified rules or guidelines set forth by the SEC or other regulatory authority as to the make-up of a proper peer group, yet Compensation Committees typically spend considerable time each year deliberating over the subject. ‍

Comment – We cannot disagree with the precept that executive compensation programs should be designed to attract, retain, and incentivize management while rewarding the creation of long-term shareholder value.  Additionally, it is clear that executive pay programs will differ from company to company if they are properly aligned with company business strategy. We recognize executive compensation arrangements may seem complex.  However, we caution that oversimplification of plan design can lessen the relationship between pay and performance.  Instead, we argue that companies must do a better job of communicating their incentive plan designs to participants and the investor community, explaining how particular plans are aligned with business strategy to improve company performance and influence executives to execute business plans that will create long-term shareholder value.

10. Transparency of Compensation – CII wants the Compensation Committee to make disclosures of executive compensation in proxy statements to be as clear, straightforward, and comprehensible as possible. In particular, CII wants the descriptions of metrics and goals in incentive compensation plans to be as clear as the disclosures described in other investor materials. With respect to performance-based incentive plans, CII states that it is critical that investors have information to evaluate the choice of metrics, how those metrics relate to company strategic goals, and how challenging the goals are.

Comment – Clearly, transparency with respect to executive compensation is preferential. Proxy disclosures of executive compensation policies, practices, and pay levels for the typical U.S. public company now include more than 25 pages of tables and narrative in the annual proxy. These disclosures are prescribed by the SEC, and companies expend many hours in preparing the required documentation in as clear and precise manner as possible. While there are always opportunities to improve; however, we do not find that many companies intentionally obfuscate the material aspects of their incentive plan performance goals and metrics. In certain cases, companies may elect to include performance goals that are a direct product of their business strategies – yet further disclosure as to the rationale of the goal may be proprietary to the underlying business strategy.

We are certain that CII devoted considerable time and resources to this endeavor for the benefit of its membership. However, Pay Governance believes that the preferred approaches to executive compensation set forth could lead to diminishing the linkage of pay and performance underlying the majority of executive compensation programs in corporate America. In particular, we find CII’s preference for more fixed pay in the form of base salary and oversimplified incentive approaches to be unrealistic and against the best interests of the company, Board, executives, and shareholders. Executive compensation programs are influenced by many business considerations and most prominently company strategy, thereby requiring incentive plan designs that consider both annual and long-term performance metrics that drive executives to execute company strategy.  This is not an easy task, and simple fixed pay approaches will not help companies reach the goals that provide superior returns to shareholders.

General questions about this Viewpoint can be directed to John Ellerman at  john.ellerman@paygovernance.com.