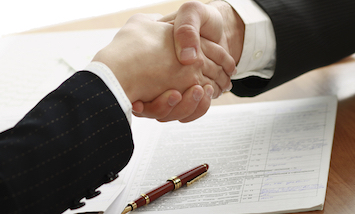 The increased prevalence and prominence of long-term performance plans have come primarily at the expense of stock options. Corporate America began using stock options in executive pay packages in the 1950s, with use peaking during the late 1990s tech boom and bull market for stocks. Today, even though stock options are granted to 54% of S&P 500 CEOs, they typically represent only 18% of CEO total LTI award value.1

In our judgment, stock options have declined in popularity for 3 major reasons:

The Challenge of Setting Long-Term Goals

One appealing feature of stock options is that they do not require the company to set performance goals. However, the initial P4P paradigm that emerged to replace stock options tied vesting and payouts to the achievement of long-term goals for company operating results. Such long-term performance plans are essentially an extension of annual incentive plans by rewarding executives for achievement of targeted operating results over several years. Setting rigorous but fair long-term goals for ≥3 years has proven difficult, if not impossible, for many companies for a variety of reasons (e.g., results tied to commodity pricing trends, new technological or product breakthroughs, new government rules and regulations, and the underlying health of the economy). As a result, payouts from long-term performance plans are often perceived to be substantially attributable to long-term goals that were set too high or too low. The Challenges of Relative TSR To avoid the problems associated with setting long-term goals, many companies have returned to stock price as the preferred measure of company performance but with a twist: the change in company value, measured as change in stock price plus dividends (TSR), is compared on a relative basis to the TSR of “peer companies.” The relative TSR concept is that management’s performance in running the company is reflected in any premium or deficit in TSR versus its peers. Despite this intuitively attractive P4P paradigm, measurement problems for relative TSR plans abound, such as:

Companies that have struggled with these P4P paradigms may be overlooking an alternative that could better fit their situation: PSOs. A PSO is an option that vests on achievement of operating goals, share price goals, or a combination of both. The case for performance options can be summarized as follows: ‍

Performance options use the familiar stock option vehicle to reduce the challenge of setting long-term performance goals, and the risk of setting unfair goals, while delivering payouts that are completely aligned with shareholders.

‍ How do PSOs reduce the challenge of setting long-term goals? PSOs require an increase in share price to generate realizable gains on exercise, and so the risk of vesting and paying out large gains for achieving “easy” goals is greatly diminished. In contrast, rigorous goals are considered essential to PSU awards due to the large gains that are immediately realized upon vesting.

The illustrations also indicate that for share price growth rates between 4.7% and 15%, PSOs require 4 to 7 years to provide a similar realizable value as PSUs after year 3.

An analogy to setting less “stretch” in goals can be found in RSU awards that generally vest over time but also require that a specified level of performance be achieved as a precondition to the time vesting. This design is used to qualify the RSUs for a company tax deduction under IRC § 162(m). Shareholders, shareholder advisors, and the IRS have viewed many such plans as “performance based” and qualified for a tax deduction so long as there is a significant risk associated with achieving the performance criteria for vesting. Tax qualification isn’t generally an issue for stock options with an exercise price set at grant date fair market value: the IRS presumes they are performance based. However, this recognition from shareholders and their advisors is important to shareholder relations and SOP voting.

Considerations in selecting PSOs or PSUs are highlighted in the table below.

When Should Performance Options Be Considered?

Performance options are more likely to be a good fit in the presence of one or more of the following:

PSOs that are properly understood and designed may provide the best fit for many companies. They should be considered whenever companies evaluate long-term performance plan design alternatives.