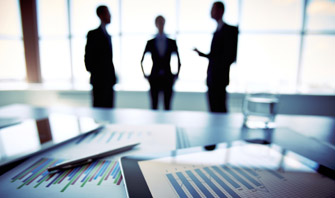 Institutional Shareholder Services (ISS) recently announced important updates to its pay-for-performance tests used for evaluating U.S. companies. In addition to total shareholder return (TSR), ISS will use financial metrics to evaluate company performance relative to the ISS-defined peer group. This is the same peer group that ISS uses for the Relative Degree of Alignment (RDA) and Multiple of Median (MOM) quantitative tests. For 2017, ISS has indicated that this change does not impact the three quantitative tests, but it will impact the qualitative review. It is uncertain if ISS will incorporate the financial metrics into the quantitative tests in future years.

In the qualitative review, ISS will assess relative 3-year financial performance determined by a weighted average of several financial metrics. ISS has indicated the following six metrics may be used:  return on equity (ROE), return on assets (ROA), return on invested capital (ROIC), revenue growth, EBITDA growth, and cash flow (from operations) growth. The weightings and metrics used will be determined by the company’s 4-digit GICS.

This brings ISS’ approach closer to Glass Lewis who has historically reviewed financial performance. However, Glass Lewis uses weights based on the length of performance periods measured (1-year, 2-years, 3-years) while ISS is using a simpler approach of 3-year performance.

Based on this information, it would be worthwhile for companies to start evaluating their performance on the six metrics.

General questions about this Viewpoint can be directed to Lindsay Zehner by email at lindsay.zehner@paygovernance.com.