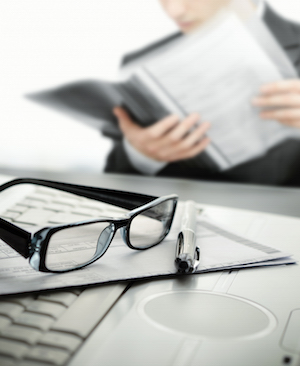 In the past week, ISS has announced draft updates to their 2017 proxy voting guidelines and updates to their QuickScore (now called QualityScore) governance rating system. This alert provides a summary of the key updates for both ISS corporate governance evaluation processes.

Last week, ISS announced their draft updates to their 2017 policy. The updates represent the third key milestone in ISS’s benchmark policy development, which, if adopted, would go into effect for all shareholder meetings occurring on or after February 1st, 2017. ISS has opened a comment period until November 10th to solicit feedback from institutional investors, corporate issuers, and consultants on the proposed updates before the final policy guidelines are announced in the second half of November.

ISS has indicated that other policy changes that are not submitted for draft review would be implemented for the 2017 proxy season (e.g., the inclusion of additional performance metrics beyond total shareholder return in ISS’s pay-for-performance quantitative evaluation). In addition, other policy updates, including burn rate thresholds and pay-for-performance quantitative concern thresholds, are typically published in mid-December through ISS’s FAQ document.

The key proposed update to ISS’s U.S. executive compensation policy relates to executive pay assessments for cross-market companies (companies who are incorporated in one country but listed in a different country, often the U.S.). ISS is proposing to evaluate companies who are listed in the U.S., but incorporated elsewhere, based on U.S. policy guidelines for all compensation-related proposals on the ballot. For proposals where there is no applicable U.S. policy, the ISS policy from the country requiring the ballot item will be used.

The other proposed updates to ISS’s U.S. policy guidelines unrelated to executive compensation include:

- ISS is proposing to recommend in favor of general share issuance authorities up to 20 percent of currently issued capital, as long as the duration of the issuance authority is reasonable and clearly disclosed.‍

- ISS is proposing to clarify its director election policy to state that, upon a company holding an IPO with a multi-class capital structure with unequal voting rights or other problematic governance provisions, ISS will generally issue adverse director vote recommendations unless there is a “reasonable” sunset provision on the unequal structure or the problematic provisions.

- ISS is proposing to amend its director election policy to include a provision to issue adverse vote recommendations on governance committee director elections where companies have placed “undue” restrictions on shareholders’ ability to amend the company’s bylaws.

Pay Governance will issue an additional alert once the final ISS policy guidelines are announced in the second half of November.

The following factors have been added to the QualityScore pillars for Board Structure and Compensation:

In addition to the factors highlighted above, factors have been updated in the QualityScore pillars for Shareholder Rights and Audit and Risk Oversight. Details of the updates can be found in the ISS technical document posted on the ISS website:

ISS has opened their Data Verification Site from now through November 11th, which allows companies to preview and verify the data ISS will use to formulate the QualityScore ratings. QualityScores will be published on November 21st for corporate issuers. The Data Verification Site will be open again on November 21st, and will be open year-round with the exception of the time between a company’s proxy statement is filed and when the ISS research report is issued.