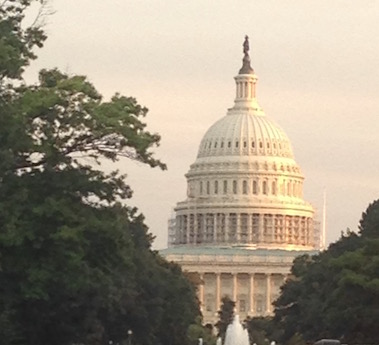 The U.S. House of Representatives Financial Services Committee has just passed Version 2.0 of the Financial CHOICE Act and sent the proposed legislation to the full U.S. House for further consideration and a vote. The CHOICE Act is designed to rewrite many of the rules and provisions of the Dodd-Frank financial reform legislation enacted in 2010 following the financial crises of 2008-2009. Included in the CHOICE Act are several repeals and amendments to executive compensation and corporate governance rules and requirements of Dodd-Frank, as set forth below:

The CHOICE Act is expected to pass the U.S. House of Representatives, but passage by the U.S. Senate is more problematic due to the required 60-vote rule. Of immediate concern is the Dodd-Frank CEO Pay Ratio Disclosure requirement for the upcoming 2018 proxy season for companies with calendar-year fiscal years. We are advising companies to begin taking preliminary steps to comply with this reporting requirement for next year’s proxy since the SEC has not indicated any pending action to rescind or delay.

On May 4, 2017, the U.S. House of Representatives Financial Services Committee voted to advance the Financial CHOICE (“Creating Hope and Opportunity for Investors, Consumers, and Entrepreneurs”) Act (Version 2.0) to the House of Representatives for further consideration and a vote. The CHOICE Act is designed to rewrite many of the rules and provisions contained in the Dodd-Frank Wall Street Reform and Consumer Protect Act (“Dodd-Frank”). The proposed legislation was passed on a party-line vote of 34-26 and has advanced to the full House for a vote at some future date. The legislation is expected to pass the House due to its Republican majority. However, after passage by the House, the bill will be taken up by the U.S. Senate, where a 60-vote majority will be required. To date, Senate Democratic lawmakers have voiced their objections to the CHOICE legislation and have vowed to filibuster.

The CHOICE Act was initially introduced in mid-2016 by Republican Jeb Hensarling of Texas, Chair of the House Financial Services Committee.  The proposed legislation has many goals and objectives, including reining in the responsibilities granted to the Federal Reserve Bank and the Consumer Financial Protection Bureau in the aftermath of the 2008-2009 U.S. financial crises.

Numerous provisions regarding executive compensation and corporate governance are embedded in Dodd-Frank, and the CHOICE proposal directly addresses several of these provisions.

In the table below, we have listed the executive compensation and corporate governance provisions of Dodd-Frank that the CHOICE Act will either repeal or amend. The provisions which have final rules issued by the Securities and Exchange Commission (SEC) or other regulatory authority will be more difficult to repeal than those which only propose rules.

As we have stated in previous Viewpoints, predicting the outcome of any proposed Washington legislation is virtually impossible. The CHOICE Act is a comprehensive bill with many controversial measures and provisions. This bill may be passed as a single piece of legislation or broken into several small bills and legislated on an issue-by-issue basis. Only time will tell how legislators with deal with the CHOICE Act. Given this uncertainty, we advise clients to avoid basing plan design decisions upon predicted regulatory outcomes.

The status of the CEO Pay Ratio Disclosure requirement is of immediate concern to most of corporate America. As it currently stands, the CEO Pay Ratio Disclosure is a final rule promulgated by the SEC in 2015 under Dodd-Frank and a required disclosure in proxies next year. The CHOICE Act would repeal this requirement in its entirety but is highly unlikely to be passed by Congress before the close of the calendar year, thereby negating the disclosure requirement for the 2018 proxy season for companies with calendar-year fiscal years. The SEC could implement some form of amendment to Dodd-Frank to delay compliance, but that is an uncertainty. However, SEC Commissioner Piwowar had reopened a comment period and SEC review. In consideration of most companies’ desire to proceed thoughtfully, we believe organizations with January 1 – December 31 fiscal years should begin taking preliminary steps towards complying with the CEO Pay Ratio rule’s disclosure requirement. Should we learn of information to the contrary, we will published our findings promptly.

Questions about this Viewpoint can be directed to John Ellerman by email at john.ellerman@paygovernance.com