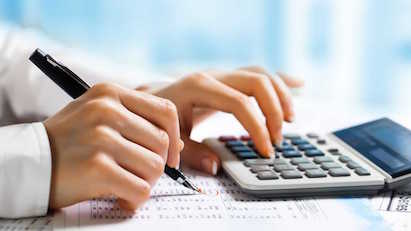 In the aftermath of the failed Affordable Care Act (“Obamacare”) repeal and replace effort, the United States’ new administration announced its intent to shift focus to other high-priority issues. As noted in the latest press accounts, President Trump is anxious to tackle a comprehensive rewrite of the Tax Code. In concert with tax reform legislation, the President is also eager to relieve companies from the regulatory burden imposed by the Dodd-Frank financial reform legislation. Because both matters will significantly impact executive compensation, we have provided an overview of both subjects — and possible executive compensation implications — in this Viewpoint.

The details of any future tax reform will have to be negotiated during the law-making process; as we learned with respect to the health care reform efforts, it’s impossible to accurately estimate how certain provisions will eventually play out. Tax reform proposals set forth by the House GOP and President Trump include many key differences, but either would need bipartisan support for permanent tax legislation because Democrats maintain enough seats in the Senate to filibuster any new law. At this point, both proposals would reduce the number of income tax brackets for individuals to 4 (0%, 12%, 25%, and 33%) and repeal the 3.8% capital gains surtax that currently exists for the highest income bracket.

However, the proposals contain several differences surrounding capital gains rates, investment income, retirement savings incentives, deductions, and estate taxes. Under the current GOP plan, bond interest income would receive a more favorable tax rate (effectively 50% of ordinary income rates). President Trump’s proposal does not eliminate any existing deductions but would set a cap of $100,000 for individuals and $200,000 for married taxpayers filing jointly, while the GOP plan keeps only the charitable and mortgage interest deductions and does not introduce a cap on the amount that taxpayers can deduct.

In Table 1, we have included a summary prepared by the accounting firm of PwC which reports the key elements of President Trump’s tax reform proposal:

If tax reform efforts yield lower rates (for both ordinary income as well as capital gains), we foresee the following developments with respect to executive compensation:

Throughout his presidential campaign — and during his tenure in office — President Trump has expressed concern about the extensive regulatory burden imposed on all U.S. companies. In particular, the President has cited the Dodd-Frank legislation as a target for some form of repeal or substantial rewrite. Enacted by Congress in 2010, there are 7 Dodd-Frank provisions which directly address executive compensation. In Table 2, we identify these 7 policy elements and their respective status:

Three elements of Dodd-Frank have been fully implemented and have become integral to the executive compensation landscape for the past 5 years: SOP, Say-On-Golden Parachute, and Committee and Advisor Independence. We do not expect these 3 elements to be revised or removed, especially the SOP advisory vote: institutional investors and their advisors strongly support SOP and would become vocal against any attempt to remove the advisory vote requirement.

Four elements of Dodd-Frank have yet to be fully implemented: CEO Pay Ratio, Clawback Policy, P4P Disclosure, and Hedging Policy. The CEO Pay Ratio rule — requiring companies to report the ratio of CEO pay to median employee pay — is the most controversial and administratively-burdensome of the 4 remaining rules. Final rules have been issued by the SEC for the CEO Pay Ratio disclosure, and companies are expected to report the ratio statistic with new proxies to be filed in 2018. However, the SEC recently announced a new 90-day comment period for companies struggling to comply with the new reporting requirement. Because the new final rules regarding the CEO Pay Ratio disclosure have been released and approved by the SEC, it may difficult for the SEC to repeal this regulation.

The other 3 remaining regulations have yet to receive SEC approval of the final rules implementing the disclosure requirement. From a procedural standard, it will be easier for these 3 remaining regulations to be repealed by administrative means. Our experience has been that most filing companies have already implemented some form of clawback and hedging policies.

For most public companies, the required disclosure of executive compensation policies and practices, executive pay levels, and mandated compensation tables and charts result in 30 pages of proxy disclosure annually, on average. Some curtailment to new and additional disclosures would be a welcome relief for many organizations.

As witnessed in the recent failed effort to legislate the new health care law, enacting major changes to the Tax Code and SEC disclosure requirements will not be easy. It has been close to 30 years since any major Tax Code overhaul, and the current political climate in Washington hinders sweeping change.

Finally, we will close with the famous Will Rogers quotation:  “The only difference between death and taxes is that death doesn’t get any worse every time Congress meets.”

1. “What you need to know about tax reform.” PricewaterhouseCoopers. March 2017. http://www.pwc.com/us/en/washington-national-tax/us-tax-reform.html.

General questions about this Viewpoint can be directed to John Ellerman by email at: john.ellerman@paygovernance.com.