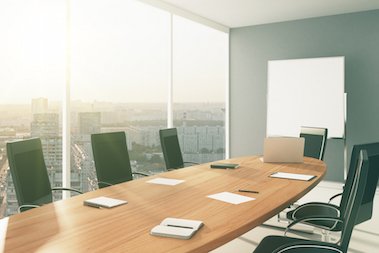 Many companies remain stressed that the Trump administration has yet to provide regulatory relief from the CEO pay ratio rules of the Dodd/Frank financial reform legislation which will be in effect for reporting in the 2018 proxy season. However, the business community has just been granted relief from an onerous and burdensome compensation reporting requirement that is different than the CEO pay ratio rules. This latter proposed reporting requirement has been a carry-over from the Obama administration. As a result, U.S. companies will not be required to report to the Equal Employment Opportunity Commission (“EEOC”) actual workforce pay rates segregating the data by gender, race, and ethnic group.  Such reporting was scheduled to be filed with the EEOC in the spring of this year. The U.S. Chamber of Commerce estimates that compliance with the new filing requirement would have cost U.S. companies in aggregate estimated costs of $400 million annually and eight million hours of labor.

The Obama administration directed the EEOC to collect wage and pay data from private employers with 100 or more employees and federal contractors with 50 or more employees to comply with the expanded disclosure requirement. Such reporting was required to be filed with expanded reporting using form EEO-1. This form has been in use for many years to collect employee demographic data by race and gender; the Obama administration directed companies to include compensation data with the demographic data for the first time.

The U.S. Office of Management and Budget (“OMB”) on August 29, 2017 ordered a stay to the implementation of the disclosure requirement by the EEOC. Authorities in the Trump administration cited the burdensome nature of the reporting requirement as the principal reason for issuing the stay. The EEOC, on the date the stay was issued, stated that the agency would stay the rule and conduct a new review.

This should be interpreted as highly favorable for U.S. companies since it reduces the time and expense devoted to extraneous reporting of sensitive compensation data to regulatory authorities.