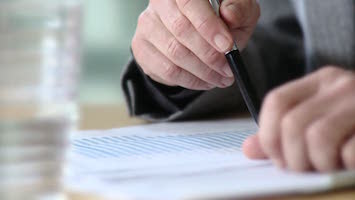 In 2004, the Securities and Exchange Commission’s (SEC) Division of Investment Management issued letters to two proxy advisory firms, Egan-Jones Proxy Services[1]and Institutional Shareholder Services (ISS),[2]that assured mutual fund managers they could rely on the vote recommendations of the two firms. On September 13, 2018, the SEC Investment Management staff decided to rescind the two letters.[3]The staff noted that there have been numerous developments since the letters were issued 14 years ago and advised that the proxy process will be debated at an upcoming Roundtable hosted by the SEC and scheduled to be held in November 2018.

The SEC Investment Management staff stated in its September 13, 2018 Public Statement that the Roundtable agenda will consider topics such as whether prior staff guidance concerning investment advisers’ responsibilities in voting client proxies and retaining proxy advisory firms should be modified, rescinded, or supplemented.  It further stated that staff guidance is non-binding and does not create enforceable legal rights or obligations.  However, the Public Statement noted that the staff expects to utilize what it learns in the Roundtable in any future recommendations to the Commission with respect to proxy advisory firms.[3]

At this early point, it is difficult to speculate on the potential impact this development could have on ISS and other proxy advisory firms.  Some critics have opined that the SEC over-reached in issuing the two letters in 2004. At the same time, others have voiced concern that the SEC’s decision to rescind the letters creates uncertainty on the part of some fund advisers as to how to approach certain proxy voting items.  Pay Governance LLC will follow this matter closely and will share future developments from the SEC regarding the voting guidance of proxy advisory firms.

General questions about this viewpoint can be emailed to John Ellerman at john.ellerman@paygovernance.com.