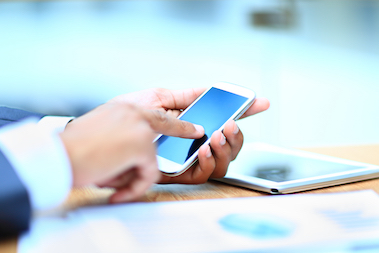 Robert J. Jackson, Jr. is a new member of the United States Securities and Exchange Commission (SEC), having been appointed by President Trump in January 2018. Commissioner Jackson previously served as a New York University School of Law professor, where he taught in the areas of corporate law, corporate governance, corporate finance, and executive compensation.

Commissioner Jackson gave a speech in early June to the Center for American Progress (CAP), a public policy research and advocacy organization. The speech was titled “Stock Buyouts and Corporate Cashouts.”[1]Commissioner Jackson began by noting that the opinions and views in his speech were his own and did not reflect any official opinion of the SEC.

Early in his remarks, Commissioner Jackson opined that corporations that engage in stock buybacks are announcing to the investment community that their stock is underpriced. When companies announce their share buyback and engage in open market purchasing, the company’s share price will likely jump. In providing evidence of this phenomenon, Commissioner Jackson noted that the SEC’s research staff recently studied 385 company share buybacks (occurring over the 15-month period of January 2017 through March 2018); the SEC found that the announcements resulted in an average 2.5% share price increase within the first 30 days.

Troubling to Commissioner Jackson, however, is executive behavior immediately following corporate share buybacks: “In half of the buybacks we studied, at least one executive sold shares in the month following the buyback announcement.”1Jackson also noted that executives have sold five times the value of company stock in the days following a buyback announcement, compared to the days prior. Stock buybacks purportedly create growth and increase in shareholder value, yet Commissioner Jackson finds it illogical that corporate executives are selling their company shares immediately following buybacks and failing to ”keep their skin in the game.”1Jackson believes this will be exacerbated by the Trump corporate tax cuts, which have triggered an “unprecedented wave of buybacks” due to the extra available repatriated dollars.1

The SEC has not updated its rules and regulations governing share buybacks since 2003. That year, the SEC rules gave companies a “safe harbor” from liability when pursuing buybacks and did not limit boards and executives from using the buyback transaction and safe harbor as an opportunity to sell shares. The Dodd-Frank financial reform legislation of 2010 did not address buybacks.

Commissioner Jackson believes it is time the SEC re-examine its rules governing share buybacks. In his closing remarks to CAP, Jackson stated he would like to see the SEC take the following actions1:

Commissioner Jackson’s CAP speech was the public expression of the opinion of a single commissioner and, as stated in his opening remarks, does not reflect the SEC’s official position. However, we must question whether Commissioner Jackson’s views portend future SEC actions. Clearly, share buybacks are controversial and viewed by many in the investment community as merely a form of financial engineering. Pay Governance executive compensation experts Ira Kay, Chris Brindisi, and Blaine Martin authored a research paper in 2017 dispelling many of the frequently stated myths about the use of share buybacks.[2]In the months ahead, we expect there will be increased research, publicity, and debate about share buybacks and their impact on executive compensation programs.

General questions about this Viewpoint can be sent to John Ellerman via email at: john.ellerman@paygovernance.com.