The CEO Pay Ratio Beyond Dodd Frank: Live and Local 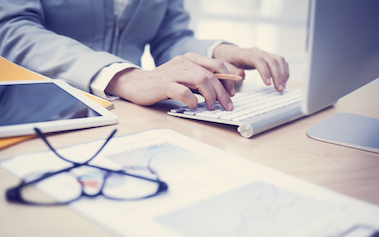 An Uncertain Future for the Dodd-Frank CEO Pay Ratio Rule

Spring is in the air, and executive compensation consultants are busy reading a cascade of public filings and proxy advisor reports as we analyze and are asked to predict trends in executive pay in 2017 and beyond. One of the most common questions in executive compensation this year concerns what will become of the Dodd-Frank mandated CEO pay ratio set to be disclosed publicly for most companies beginning with proxies filed in 2018 – if not delayed or overturned beforehand. Earlier this year, acting Securities and Exchange Commission (SEC) Chair Michael Piwowar took the unusual step of requesting additional comments on the cost and burden of complying with the already approved CEO pay ratio rule, which would require companies to disclose the ratio of CEO pay to that of the median employee. Adding to this uncertainty, the Choice Act 2.0 (currently out of Committee in the House of Representatives) would repeal the CEO pay ratio disclosure requirement if approved by the full House, Senate, and White House. While the future is cloudy regarding the implementation of the Dodd-Frank pay ratio rule in 2018, we note that nine state and city governments have proposed some form of tax code change or local ordinance that would base local income taxation or licensing fees on a public company’s CEO pay ratio.

While multiple jurisdictions have proposed legislation tying local tax rates to a company’s CEO pay ratio, Portland is currently the only one to approve a proposal. The Portland city ordinance begins by quoting Thomas Piketty’s Capital in the Twenty-First Century, and goes on to clarify the ordinance’s aspirations to influence legislation throughout the country as well as corporate governance:

"The spectacular concentration of income and wealth among the top 1 percent and 0.1% is bad for the economy and bad for democracy. If other jurisdictions follow Portland’s lead in enacting policies based on the Securities and Exchange Commission disclosure, shareholders may realize that extreme chief executive officer to median worker pay ratios reduce their profits and, with this result in mind, make changes to their pay structure."

Technically, the Portland ordinance (if ultimately implemented) would impose a two-tier surtax on the local 2.2% city business income tax for tax years beginning in 2017:

Similar Proposals in other Cities and States

A number of other jurisdictions have followed Portland’s model of using the CEO pay ratio, or a similar measure of company wage differentials, as a potential factor in state or local income tax rates:

Local Ordinances - Though Overly Political - Should Not Be Wholly Disregarded

Several commentators have recently dismissed the local pay ratio ordinances on the grounds that they are dependent upon the Dodd-Frank CEO pay ratio and that local measures like Portland’s would have to be re-drafted if the Dodd-Frank provision is repealed (as would be the case if the Choice 2.0 Act passes). However, the opposite could easily be true, namely that these local ordinances are part of a broader political development in which certain local politicians are eager to demonstrate jurisdictional advocacy and “resistance” to federal policy. Additionally, the proposals in Connecticut and Massachusetts are not based on the same methodology as the Dodd-Frank mandated pay ratio and would seem to be unaffected by a repeal of the law. Thus, we believe that if the Dodd-Frank mandated pay ratio is repealed, local legislation such as that in Portland could serve as an impetus for other states and cities to take matters into their own hands.

Other commentators have stated that such local legislation could make particular geographies less attractive to business. This raises an important point about the nature of state surtaxes and local ordinances that is sometimes mischaracterized by media coverage: the local ordinances appear to affect any public company either paying taxes on income earned in the given jurisdiction or paying local income tax under business license taxes. Therefore, state and local pay ratio ordinances could affect hundreds of public companies operating in certain locales where they recognize income, regardless of where the company is headquartered. This point is further magnified given the amount of economic and consumer activity represented by certain states where these measures are being considered, including California, Massachusetts, Connecticut, and Illinois. If such measures pass, company costs – namely, local and state taxes and/or legal/regulatory compliance expenses – would increase while CEO pay levels would likely remain unaffected.

While the future of the Dodd-Frank CEO pay ratio remains uncertain, it appears that the public dialogue over internal pay equity will continue or increase in the foreseeable future. As companies plan their strategies for calculating and communicating the Dodd-Frank CEO pay ratio in 2018 proxy statements, they should consider potential or existing local tax ordinances and the close scrutiny that these disclosures will garner as a factor in their planning. While pay ratio statistics might be useless other than as headline fodder, the reality is that they will be used for political gain and remain in the public discourse for now.