The Elimination of the Performance-Based Requirement Under Section 162(m):

When it Comes to Executive Pay Design Changes, There is Less than Meets the Eye 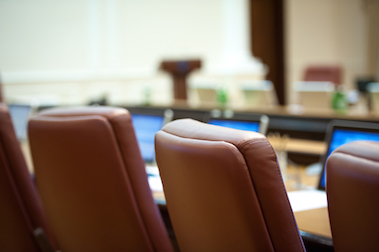 Any changes to long-standing executive pay rules-regardless of whether they concern taxes, accounting, or regulations-raise questions and uncertainty about whether they will lead to wholesale changes in how executive pay is delivered.

This holds true for the recent elimination of Section 162(m)'s performance-based exception, effective in 2018 under the new tax law (certain binding contracts have been grandfathered). Following this tax law change, we expect performance-based pay to remain a key element of executive pay programs. However, some required processes are no longer relevant, and there are opportunities for greater flexibility.

When Section 162(m) was implemented in 1994, executive compensation for covered individuals in excess of $1M lost tax deductibility but there was an exception built in for compensation that qualified as "performance-based" with specific rules applying. The performance-based exception was in place from 1994-2017. If companies met the requirements, it offered an exception so that many incentive compensation types did not count towards the $1M tax deductibility limit. Starting in 1994, this led to many procedure and approval changes to ensure that as many incentive programs as possible could be tax deductible outside of the $1M cap. It led to shareholder-approved annual incentive plans or omnibus plans, share limits and metric lists in equity plans, goal approval deadlines, and many other procedural changes. It also contributed to some design changes, such as more formulaic annual incentives and the increased use of performance shares over time-based restricted stock.

However, during the 162(m) rules' 24-year lifespan, many other factors contributed to executive pay design: the increased influence of proxy advisors, the adoption of Say-On-Pay, and a stronger voice for shareholders on how the delivery of executive pay could strongly align with shareholder interests. Overall, the trend has continued towards performance-based pay over fixed or time-based pay.

We believe that most current plan designs reflect shareholder sentiments and there will be minimal changes-mostly at the margins-in terms of design. We also expect procedural changes will become more widespread. We discuss both on the following pages.

We expect the new tax rules to play a negligible role, if any, in executive pay program design changes for most companies: an emphasis on performance-based pay will likely continue to best serve companies. However, as companies vary in their life cycle, near-term objectives, and talent needs, new creative practices may emerge that maintain strong pay-performance alignment while improving the outcomes and logic of pay decisions.

The requirements for documentation and approvals are likely to result in more substantive changes-both in the expanded toolbox of actions that Committees/management can apply and, over time, actual company decisions.

There may be trepidation in opening incentive plan administration to wider discretion, particularly as current payout decisions can be challenging even with the limited range of adjustments that Committees consider. If organizations decide to make changes, they should be made thoughtfully with the understanding that discretion, if used, cuts both ways: positively and negatively. The incentive plans must also continue to motivate participants, strongly align pay and performance, and yield a straightforward description in the proxy CD&A on which the Committee and management are comfortable signing their names.

This Viewpoint is intended to inform compensation Committees, executives, and compensation professionals about developments that may affect their companies; it should not be relied on as providing specific company advice or as a substitute for legal, accounting, or other professional advice.

General questions about this Viewpoint can be directed to John Sinkular by email at: john.sinkular@paygovernance.com.