Alternatives to Quantitative Metrics in Performance Share Plans: Use of Strategic Objectives 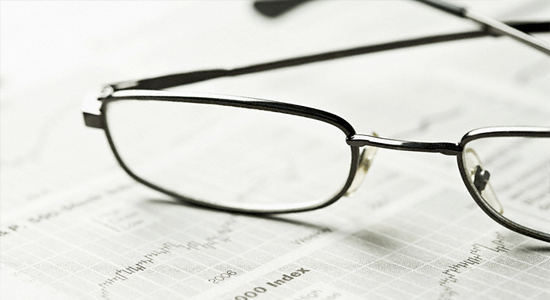 Companies have migrated a significant portion of equity compensation to performance-based long-term incentive (LTI) awards—typically performance shares or stock units (PSUs)—from stock options.1 Over 80% of companies in the S&P 500 now have such plans; these also now comprise the majority weighting among LTI vehicles. This trend has been driven in, large part, by the desire of Compensation Committees to place at least one-half equity compensation in the form of “performance-based” pay as defined by the proxy advisory firms. With increasing pressure, committees have further focused these performance share plans to ensure clear and convincing alignment with total shareholder return (TSR), largely due to the pay for performance (P4P) evaluation methodologies employed by the proxy advisors and the diminution of stock options in the long-term incentive portfolio. In addition, the use of relative TSR as a PSU metric has provided another benefit to Compensation Committees: delivering a multi-year performance goal without the need for an annual target-setting exercise or justification of performance targets and ranges to the external world. We have referred to this trend relative TSR in PSU plan reliance in prior Pay Governance Viewpoints as a leading cause of the “homogenization” of pay programs.

The use of multi-year relative TSR and financial goals, as a large part of this transition, have come to dominate the performance scorecards for PSU plans and have resulted in a strict focus on “shareholder outcomes.” While these relative PSU plans provide the transparency and objectivity that appeal to the proxy advisory firms, they remain far from perfect. Common criticisms of plans that have exclusive or majority use of TSR and some financial measures include:

Pay Governance has often discussed the framework for executive compensation in our Viewpoints: executive rewards need to balance the tension between motivating and retaining top talent in a SOP world. This challenge reflects the conflict that companies face in developing scorecards for performance that balance the emphasis on achieving shareholder value-enhancing objectives with reflecting an environment that measures P4P using TSR over a defined measurement period.

In our research of performance share plans, we have found that companies attempt to balance this tension between the “shareholder outcome” focus and the need to motivate and reward executives for “strategy execution.” One way companies have attempted to achieve this balance is through the combined use of financial and non-financial (or non-quantitative) goals in PSU plans. At this point, we view this as a potentially emerging practice that may represent a design applicable in specific instances. In our 2016 review of S&P 500 companies, we found that just under 10% of PSU plans include non-financial or non-quantitative goals that can be classified as “strategic business objectives” or “SBOs”; these objectives cover areas such as customer service, market share, safety, reliability, transformational initiatives, and strategic milestones. While the majority of companies set strategic goals that can be objectively measured, some continue to employ a subjective assessment of strategic achievements or performance.

While financial or TSR metrics still comprise the majority of a scorecard for these companies’ PSU plans, a significant percentage of the award opportunity is dependent upon achieving SBOs. More than 50% of companies place ≥25% weight on SBOs, with an average weighting of 35%.

In terms of award calculation, SBOs are used much the same as financial metrics. The majority of companies (82%) add the weighted score of the strategic objectives to the weighted scores of other financial or market-based goals (an “additive” approach) instead of using a multiplicative or modifier approach. This additive method allows companies to segregate the performance assessment of SBOs and their impact on the overall award as opposed to blending SBO performance with all other results. In determining P4P leverage, the payout curve — threshold award and maximum award — for SBOs generally reflects the same structure as for the other financial or market-based measures on the scorecard. However, the performance levels for financial and non-financial goals are individually tailored to the measure.

As noted earlier, there are external influences on committees driving the adoption of 3-year measurement periods for PSU plans. In our research, we find that most companies with PSUs do have 3-year performance cycles (80%). For plans that include SBOs, a similar trend is observed: most companies have applied the 3-year period to all measures, including the SBOs (76%).

Why Include SBOs in PSUs?

We are not advocating this approach for all PSU plans; however, we believe there are situations where the inclusion of SBOs in an LTI plan can be particularly valuable and beneficial:

IRC § 162(m) limits the deduction for compensation above $1 million to qualified performance-based pay. Generally, this requires the compensation to be based on a formula or objective criteria. Companies can qualify compensation aligned to SBOs in PSU plans through several methods:

As noted previously, 74% of companies in our 2016 review used pre-established objective goals to measure SBOs in their PSU plans, partially to qualify compensation for IRC § 162(m) deductibility. Companies should seek counsel from their legal, accounting, and tax advisors to identify the structure that best meets their compensation philosophy while complying with IRC § 162(m).

A concern for companies making changes to incentive programs relates to the views of the proxy advisory firms and ISS in particular. The initial consideration for companies is to ensure that payouts from PSU plans do not conflict with the notion of P4P in the proxy advisor quantitative test. Additionally, from a qualitative review standpoint, effective goal disclosure is an important factor to avoid external criticism unless a company is able to limit disclosure under the exception provided for confidential information or information that could cause competitive harm. The use of strategic goals in PSU plans does not automatically trigger additional scrutiny or criticism from ISS.

A large energy company uses a combination of relative TSR, operational performance indicators, and progress toward implementing its strategic plan as its “inside plan.” The SBOs include organizational areas such as balance sheet strength, relationships with key stakeholders, and key organizational initiatives (ie, organizational culture, progress in diversity initiatives, adherence to governance principles, and organization reputation). The outside plan has multiple IRC § 162(m) thresholds for financial and TSR performance before the inside plan performance is assessed and awards are determined. This case example illustrates the efficacy of including SBOs in a PSU plan:

In our research, we find that no more than 10% of large companies with PSUs currently include SBO goals and objectives. This is not surprising, given the unique circumstances or needs that may drive an organization to adopt these alternative performance areas, in addition to the preference of many committees to use a “safe harbor” approach that will receive favorable views from the proxy advisory firms.

The challenge of structuring a PSU performance scorecard that reflects the priorities of the organization persists for Compensation Committees. All too often, the exclusive use of relative TSR or financial metrics becomes the default selection without any consideration for the need to motivate and reward executives for achieving critical strategic initiatives, organizational capabilities, or non-financial performance areas crucial for future success. Consideration of SBO use in the performance scorecard for a PSU plan should be evaluated against these needs.