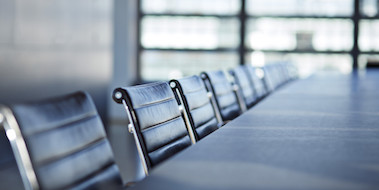 During a recent compensation committee meeting, the CEO expressed some level of frustration with the public discourse on including EESG (Employee, Environment, Social, and Governance) goals — specifically, DEI (Diversity, Equity, and Inclusion) — into executive incentive plans. “Our culture is all about equity, diversity, and inclusion,” she exclaimed. “Why should we be bonusing our culture?”

The impetus for the CEO’s cultural pushback was a compensation committee member’s suggestion that next year’s annual incentive plan include a 10-15% weighted factor with threshold, target, and maximum goals tied to the number of underrepresented employees in management and executive groupings by year end. The compensation committee member had heard that “everyone” was adding an EESG or DEI bonus factor to their incentive plans, so their company needed to do so, too.

Now, it wasn’t that the company hadn’t tracked diversity progress: it had for the past five years. It wasn’t that the succession planning process hadn’t been geared towards providing women and employees of color opportunities for mentorship and new development assignments: it had been doing so for a decade and was proud of their track record in developing and promoting diverse talent at all levels of the organization. And it wasn’t for wont of public recognition about the company being an employer of choice: a number of “Top 50…” and “100 Best…” lists named the company. All of this was accomplished, the CEO reminded the compensation committee, without taking away any of the focus on delivering financial results in the annual incentive plan because EESG and DEI was, and is, so much a part of the company’s culture.

There’s no question one of the today’s biggest compensation committee discussion topics is if and how to incorporate EESG and DEI goals into annual or long-term incentive plans. Companies that have no such considerations in their FY2021 incentive plans are deciding if and how to best weave these metrics in with financial and other strategy goals for FY2022. Companies that consider EESG and DEI in their individual performance assessments are questioning whether such goals should move in FY2022 to a scorecard that can be presented to shareholders in their Compensation Disclosure and Analysis (CD&A) report. And companies with scorecards are considering whether internal systems can sufficiently support the goal setting and evaluation processes for EESG and DEI goals with the same rigor and robustness as how revenue, earnings, and free cash flow goals are established and evaluated.

A veritable cottage industry of consulting advice has sprung up to help companies and compensation committees consider if and how EESG and DEI are best incorporated into incentive plans. There are multiple studies that count percentages of companies in industry groups, indices, or geographies that already include these non-financial measures. Many authors weigh the pros and cons of adding EESG and DEI into annual (currently most common) or long-term (far less common) incentive plans. And others describe the pitfalls of treating EESG and DEI as the “flavor of the month” by rushing to add these measures without adequate consideration of organizational readiness and communications necessary to support any incentive plan metric. All of these perspectives should be considered regardless of the stage in which a company is considering EESG and DEI in reward systems. As a recap of the questions to be asked…

However, there appears to be no specific consulting guidance on supporting EESG and DEI when (a) they both were already culturally important to a company and when (b) traditional “threshold,” “target,” and “maximum” incentive plan goal setting are viewed as counter-cultural and potentially detrimental to the consistent progress the company is expected to achieve. Is it possible to include EESG and DEI measures in an incentive plan without “bonusing our culture?”

For this company, the answer was yes. Their solution was to borrow a concept from one of its manufacturing unit’s incentive plans that reinforced quality as “Job One.” At this unit, product quality is a cultural expectation every day. As such, different quality achievements are consolidated against expectations in a point score. Meeting or exceeding expectations are communicated proudly but carry no individual financial gain. Only when an aggregate quality score misses expectations are communications delivered about lessons learned and process improvements to be made, backed up with a haircut to quarterly production bonuses and a commensurate reduction in bonuses for the unit’s management team. It is a culturally congruent incentive plan for that business unit. There’s no bonus for supporting the quality culture but there is an incentive plan message sent when the culture has a quality miss.

As in most things in life, there is not just “one best way” to consider including EESG and DEI in incentive plans. Some companies may find it most effective to consider EESG and DEI progress in individual performance assessments, and others may choose to add a leveraged upside and downside weight on EESG and DEI metrics as with financial metrics. A small but growing number of companies incorporate an EESG and DEI component in a performance share unit (PSU) plan.

For this company, and perhaps for others, the concept of allowing for upside leverage on EESG and DEI cultural imperatives is inconsistent with core values. Further, such companies may believe that continued progress on EESG and DEI results supports culture better than would a traditional “plus-and-minus” pay-performance scale. Because the culture is being supported, meeting or exceeding EESG and DEI objectives should be celebrated — not bonused. Missing a cultural expectation should produce introspection about how to improve and a message through a bonus reduction that all need to do better next year.

For companies intrigued by advancing their cultural journey through the inclusion of EESG and DEI components in incentive plans, careful thought about key objectives, weightings, scoring, and outcomes, plus support from executive management and the compensation committee, can result in a plan design that builds progress toward culturally significant objectives.

General questions about this Viewpoint can be directed to John England at john.england@paygovernance.com.