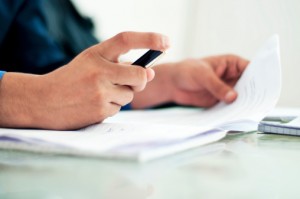 Proxy executive compensation and Compensation Discussion & Analysis (CD&A) disclosure is principally based upon a one-year look back at executive compensation forms, levels, policies, and practices. In addition, the proxy tables and schedules which disclose the historical pay forms and levels for the Named Executive Officers (NEOs) are fixed in format and do not allow for any flexibility in reporting NEO compensation beyond that which is prescribed by the Securities and Exchange Commission (SEC). In recent years, several “one-time” best practices in CD&A disclosure have emerged as current common practice – executive summaries in the CD&A including summary of philosophy, pay design, governance practices, and CEO pay versus performance; use of realizable or realized pay; and expanded disclosure of individual pay decisions.

We have noted a recent trend and what we consider best practice by some companies to disclose compensation actions and adjustments that have been taken by board compensation committees in the first quarter of the new fiscal year following the fiscal year for which the CD&A generally applies. For example, in this year’s upcoming proxy, certain companies which have fiscal years ending on 12-31-2015 will disclose compensation actions which occurred in the first quarter of 2016 which will effect 2016 compensation levels in the forthcoming proxy CD&A. This is expressly permitted in the proxy disclosure rules that state that disclosures must cover the fiscal year and may include any significant committee decisions that have been made in the new fiscal year up until the time the proxy is filed.

Why would a company want to make this additional disclosure?  One reason is that some companies believe that there is a misalignment between the compensation reported in the proxy compensation tables and the company’s most recent performance.  For example, the Summary Compensation Table (SCT) reports a look back on executive pay for the past fiscal year which includes the actual cash incentive or bonus award, which is typically determined in the first quarter of the new fiscal year, in concert with the fair value of equity awards, which are typically granted in the first quarter of the applicable fiscal year. This reporting of total compensation results in two pay-for-performance elements being reported together when the determination of such awards are typically 12 months apart in timing.  Many companies believe that the reporting of long-term equity compensation based on the year of grant to be confusing and presents problems in terms of the timing of performance considerations underlying such grants.

Another primary reason for additional disclosure is that compensation committees want to show shareholders that committees have executed actions that reflect the disappointing company performance and returns to shareholders during the past year. Many companies with fiscal years ending on 12-31 will regularly make adjustments to base salaries as well as make grants of long-term equity awards to executives in January or February of the year immediately following the completion of the fiscal year. During the past 12 months, many companies have experienced significant declines in share price of 50 to 75 percent or more – especially companies in the energy and oil and gas industry sectors. As a result, such compensation committees have elected to freeze NEO base salaries in 2016 in recognition of the disappointing company performance during 2015. In addition, many companies have made substantial reductions in the grant date fair value of 2016 equity grants to account for the disappointing returns to shareholders in 2015. It has been our experience in that the present value of NEO equity grants awarded in early 2016 have been reduced by 50 percent or more to key executives in recognition of disappointing company performance (note, see the most recent Pay Governance Viewpoint on this subject). Unless the company makes special note of the most recent and timely actions by the committee in early 2016 in the CD&A, there is no way in which shareholders will be aware of the compensation committee’s deliberations and decisive actions before required disclosure in 2017 (2016 proxy). The decisive actions may also include outcomes from shareholder engagement efforts prior to the “proxy season” and impact upon the compensation decisions for the coming fiscal year.  Furthermore, proxy advisory firms may take such disclosure and engagement efforts into consideration in the qualitative evaluation of executive pay and performance. Prospective compensation levels are not permitted for disclosure in the proxy compensation tables and schedules.

Examples of Such Additional Disclosures

Here are several examples of prospective disclosures we have found in recent corporate CD&A’s:

Pay Governance has always advised its clients to be thorough and accurate in its proxy disclosures of executive compensation. This latest development and trend, the reporting of prospective compensation and decisions underlying changes to the executive compensation program, is consistent with our advice and a practice which we believe many companies should consider going forward. However, we should caution our readers that once an enhanced disclosure is added to the CD&A, it is likely to be an expected disclosure in future years.