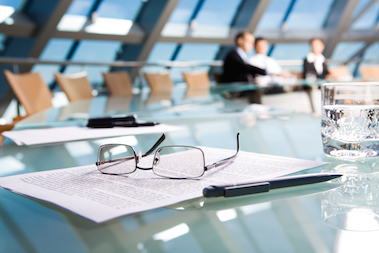 Since advisory Say on Pay (“SOP”) votes became effective in 2011, ISS and Glass Lewis have exerted significant influence over the vote outcomes for these proposals. These advisors use quantitative tests to assess CEO Pay for Performance (“P4P”) alignment and supplement those quantitative assessments with a qualitative review of pay practices/program design. In these qualitative reviews, some specific design features have increasingly been called out as “problematic”; however, their impact on actual pay earned and their alignment with shareholder value have not been tested. We set out to assess the relationship of certain of these “problematic” practices with growth in shareholder value. ‍

We observe slightly stronger 3-year TSR results for companies that avoid the “problematic” practices than for those that employ them, but annual TSR results are mixed.

Excise tax gross-ups have largely been phased out over the past several years, as proxy advisory firms and most investors consider them to be a poor practice. ISS considers the inclusion of an excise tax gross-up provision in any new or amended employment agreement or policy to be an egregious pay practice, which, on its own and regardless of other program features, will lead to ISS recommending “against” on a company’s SOP proposal.

Recently, ISS has begun publishing pointed concerns in its SOP vote recommendation reports when a company has lowered its annual incentive goals from those of the prior year without a corresponding decrease to the NEO target incentive award opportunity levels. ISS asserts that a decrease in the NEO’s target incentive award opportunity should be applied given the reduction in goal(s) year-over-year: an executive should not be able to earn the same level of pay for achieving a lower level of performance.

Cyclical companies regularly struggle with goal setting, and economic downturns affect all companies’ goal-setting approach. In the face of these headwinds, it is common for annual incentive goals to be flat or lowered, with the targets still extremely difficult to achieve given the associated challenges companies face. Our research indicates that companies that lowered FY15 annual incentive goals compared to the FY14 annual incentive goals (without reducing NEO pay opportunity) actually outperformed the balance of Fortune 100 companies on 1-year (FY15) TSR the year in which goals were lowered, but these companies underperformed over a 3-year period.

Relative TSR became a panacea once we entered the SOP era. ISS and Glass Lewis use it to assess P4P alignment, and many companies incorporate a relative TSR measure into LTI programs. Approximately half of Fortune 100 companies utilize relative TSR as a performance measure in the LTI programs, which represents a significant increase in the use of the metric since SOP became effective in 2011. Despite their role in making relative TSR more prominent, ISS and Glass Lewis have recently criticized relative TSR designs that provide for a target award at median levels of TSR performance. ISS believes target awards should require outperformance of peers — not just median performance — even in cases where median performance yields median pay. In their view, above-median targets create stronger P4P alignment because executives are not rewarded for simply matching peer performance. Our analysis shows modestly stronger TSR results for companies using above-median TSR target goals (15% of those reviewed) versus those with the more prevalent median performance/median pay design for the 1-year period.

While problematic pay practices do not appear to be a strong indicator of shareholder value creation, our analysis suggests that companies that utilize certain problematic practices may underperform over a multi-year period. What is unclear is what other features these companies utilize in their executive compensation programs that may also influence overall performance. What is clear, we suggest, are tenets on which companies should focus in the ever-evolving SOP world:

General questions about this Viewpoint can be directed to Christine O. Skizas by email at: christine.skizas@paygovernance.com.