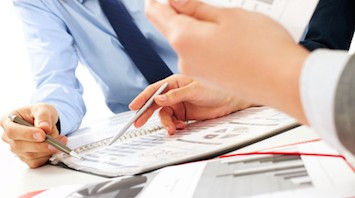 When the SEC issued its latest Regulatory Flex Agenda (“Agenda”) last November, it disclosed that the remaining compensation and corporate governance components of the Dodd-Frank Wall Street Reform and Consumer Protection Act (“Dodd-Frank”) would be adopted by October 2015.

Section 953(a) of the Dodd-Frank Act requires the SEC to implement rules requiring companies to disclose in the annual proxy or other material related to the annual shareholder meeting “a clear description of any compensation required to be disclosed…including information that shows the relationship between executive compensation actually paid and the financial performance of the registrant, taking into account any change in the value of the shares of stock and dividends…” The SEC indicates the disclosure may include a graphic component in addition to narrative disclosure. The Section refers to compensation of executives as reported in Item 402.

Up to this point, many U.S. companies have proceeded to develop their own pay for performance disclosures using tabular and graphic communications of realizable pay, realized pay and other definitions of pay for performance for their CD&As. These organizations have developed their own approaches to provide an alternative view of actual compensation to that required to be disclosed in the Summary Compensation Table. However, one challenge emerging from this practice is that companies have used comparisons that are tailored to their situations, yet may not be comparable across companies. These disclosures have been customized to company metrics, peer comparisons, performance periods and methodologies.

In this edition of Viewpoint, Pay Governance will discuss the proposed rules and the next steps companies should consider regarding pay for performance disclosure rules. The SEC intends that the pay for performance comparison will supplement the CEO pay ratio in providing shareholders with information to better assess executive pay for purposes of the shareholder advisory Say on Pay vote.

Key components of the SEC newly-proposed rules include the following:

The proposed rules leave flexibility for companies to determine where this information will be disclosed. The disclosure may be provided in the CD&A or elsewhere in the proxy. Inclusion in the CD&A may imply the company has considered the information in pay-setting decisions.

Executives to be Included

SCT-based pay includes the change in the actuarial present value of accrued pension benefits. The new proposed SEC regulations would include only that component of change in present value of pension that is attributable to service, thus excluding the impact associated with changes in interest rates, mortality assumptions, age and other actuarial assumptions.

Use of these definitions of realizable and realized pay for actual compensation was dismissed by the SEC as it considered the absence of broad agreement on the valuation methodologies to be a barrier to selecting one of these alternatives. The SEC will allow supplemental disclosures using realizable or realized pay, provided it is not misleading and not presented more prominently than the required disclosure.

Below is a summary of actual compensation paid (as defined under the proposed SEC regulations) as compared to other definitions of compensation:

Definition of Financial Performance of the Issuer and Peer Group

‍The proposed regulations define “financial performance” as cumulative total shareholder return (change in stock price plus dividends paid and reinvested over the performance period). This is required for the company and the peer group defined by the company for each of the issuer’s five preceding fiscal years (most recently completed fiscal years).

The peer group used for performance may be either the groups used in the annual report stock price performance graph (Item 201(e) of Regulation S-K) or the compensation peer group disclosed in the CD&A.

Smaller company filers are only required to disclose three years of pay and performance and are exempt from the peer group comparison requirement.

Actual compensation paid is to be disclosed for the most recently completed fiscal year and each of the four prior years. Using the average NEO compensation for each year lends flexibility to changes in the composition of this group over the five reported years. This time period also aligns with the current stock price performance graph required for the annual report to security holders.

Compliance with the new rule will follow a transition approach requiring a minimum of three years in the first year of effectiveness, then adding one year for each successive annual filing until the five-year disclosure is reached. For smaller companies, the requirement is two years of data in the first year of effectiveness, followed by one year in the successive year so that a three-year disclosure is reached.

The proposed rules would require companies to provide a table in the proxy statement including five years of “compensation actually paid” for the CEO and the average of the four other NEOs in each year. The table is to also include TSR for the company and the peer group for each of the five one-year periods. Required footnotes would provide additional disclosure on the equity awards included, the pension value included, and the peer group used for peer performance reporting. Each of the five years would comprise a row in the table, as illustrated directly below (per SEC’s proposed format).

‍The proposed rules indicate that simple tabular disclosure is insufficient to meet the requirements and that companies will need to describe the relationship between compensation actually paid (columns C and E) and company TSR (column F), as well as the relationship between the TSR of the company (column F) and that of the peers (column G). This component of the disclosure could be narrative, illustrated in a graph or both. The rules also adopt the “Plain English” requirement applicable to CD&A disclosure.

The new pay for performance rules drafted by the SEC are far from perfect. In certain aspects, the new rules may even be misleading to shareholders to a certain extent. Some areas of shortcomings to the proposed rules, in our judgment, include:

Like any new regulations proposed by the SEC, a 60 day comment period to the SEC begins upon the date of publication of the new rules in Federal Register. Pay Governance will be submitting its views regarding the new disclosure rules to the SEC in the next several weeks. We encourage companies to also make their views known to the SEC as well. It is our expressed hope that many U.S. companies and other interested parties will take the opportunity to communicate directly with the SEC about ways in which the new regulations can be improved.